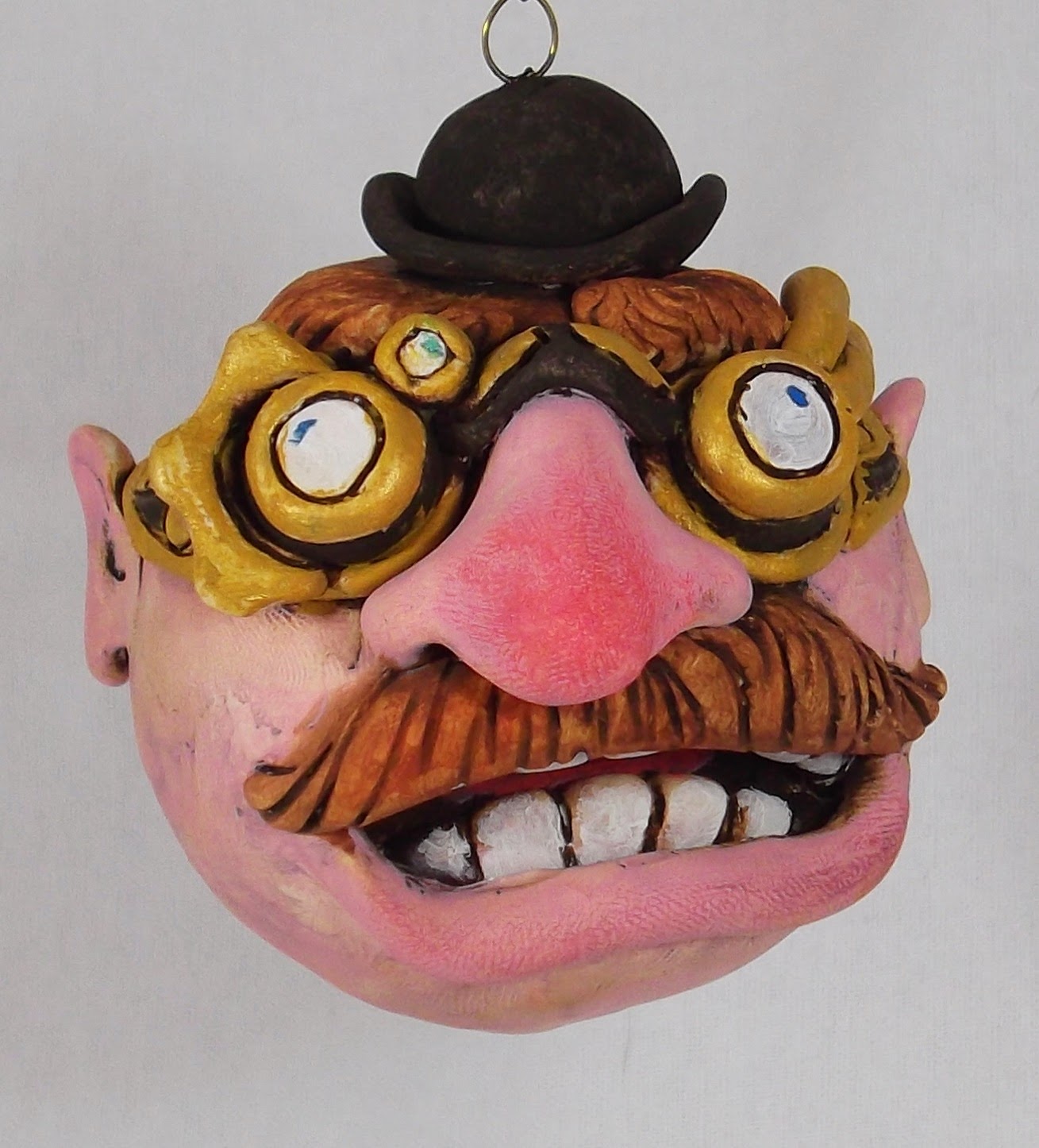 I've been working on a series of ornaments for the past couple years. This dapper fellow is named Steampunk Sam. He was formed over a glass ornament and because I wanted a deep mouth without the added weight I left an opening on the top of his head and where his mouth would eventually be and broke the glass out and then backfilled in his mouth which allows the depth you see here. I then fitted him with a toupee and snazzy bowler hat. He was sculpted in white Premo clay and then painted with water based oil paints. He is one of a kind and was purchased by Maureen Peck Carlson.